Ed has moved to the Other Side.

The other side of the CBD, that is. The company that Ed works for here in Australia has been going through some major re-org and there have been quite a few redundancies.  Ed’s (now ex) boss, whom he followed here from Canada, is now in Adelaide – a different city and a different state. Ed has retained his position and his team in Brisbane, but he and his team have moved to new offices, located at Santos’ Turbot Street Building on the other side of the city. Although change is always a little unsettling, Ed likes his new office, although he has left the pretty side of the city (in my opinion.) Whereas he used to get off the ferry at Riverside to go to his offices on Creek Street, now he gets off at North Quay, and has a longer walk to Turbot Street after walking under the M3 Motorway.

So, I am taking this opportunity to show you some pictures of this side of the city, including the Brisbane River, and the complex motorway. I try to avoid driving near the city center because I almost always take a wrong turn and end up with massive delays getting to where I am going. 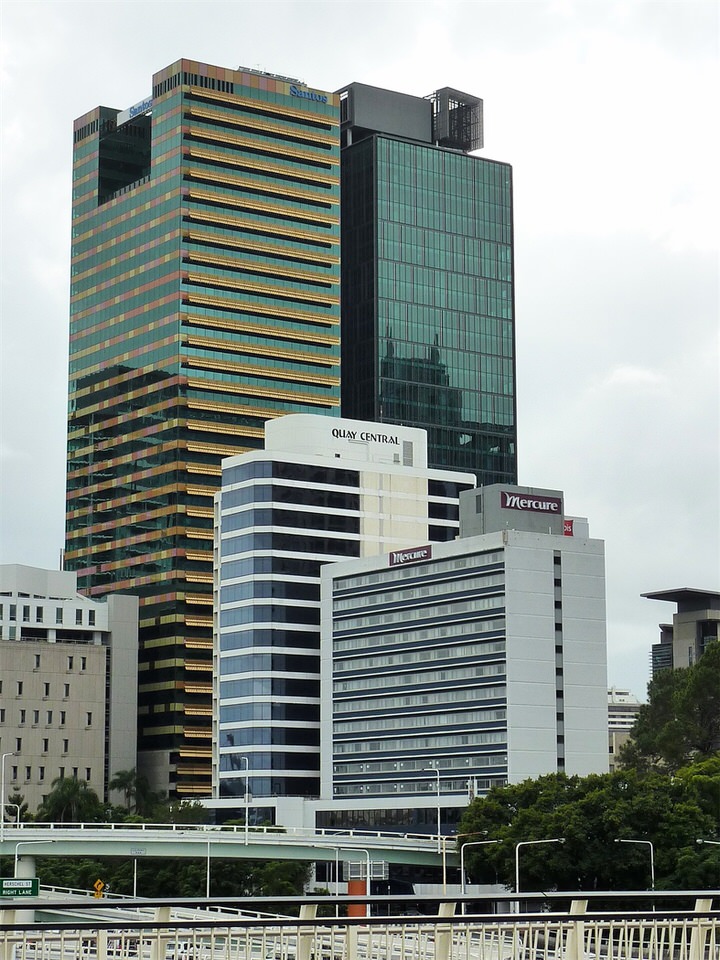 Santos Bldg – the tall colorful one. 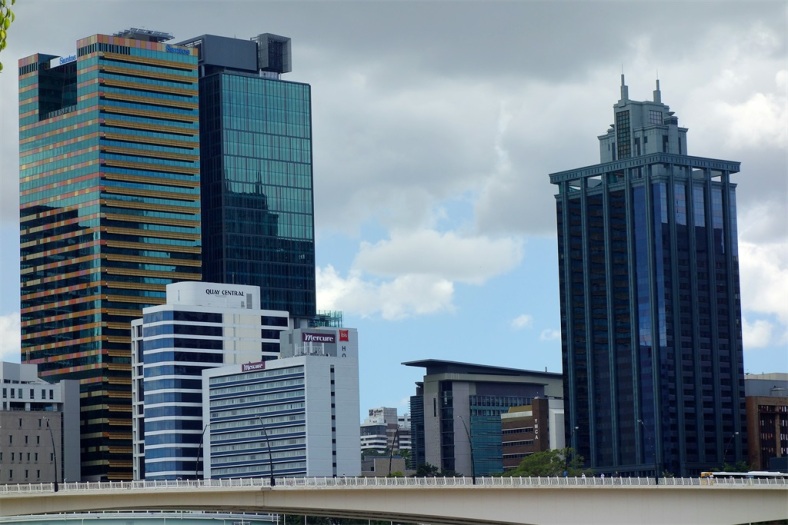 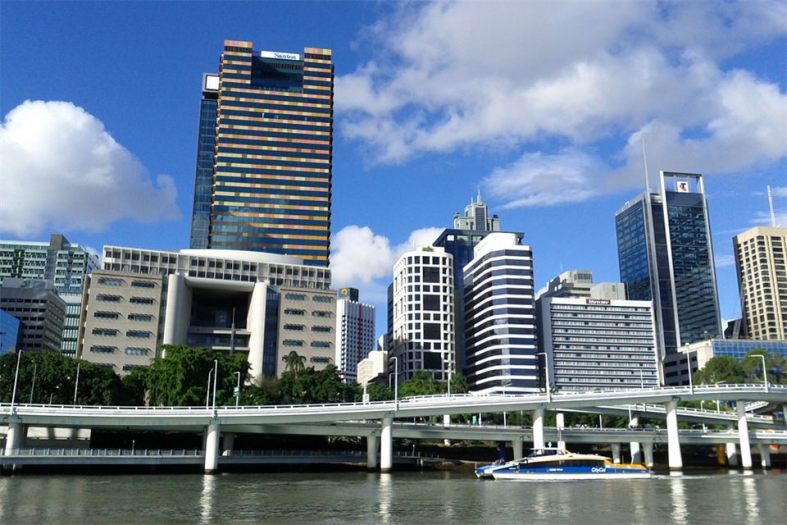 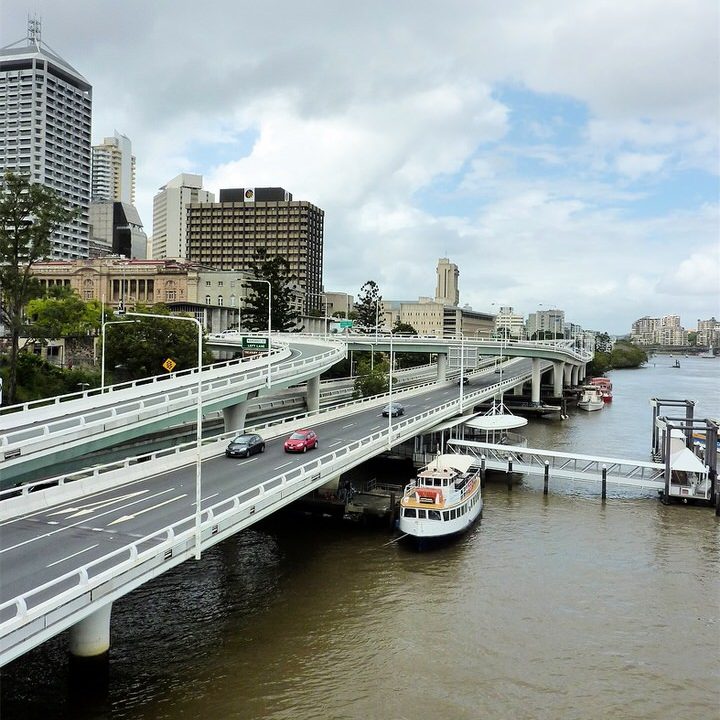 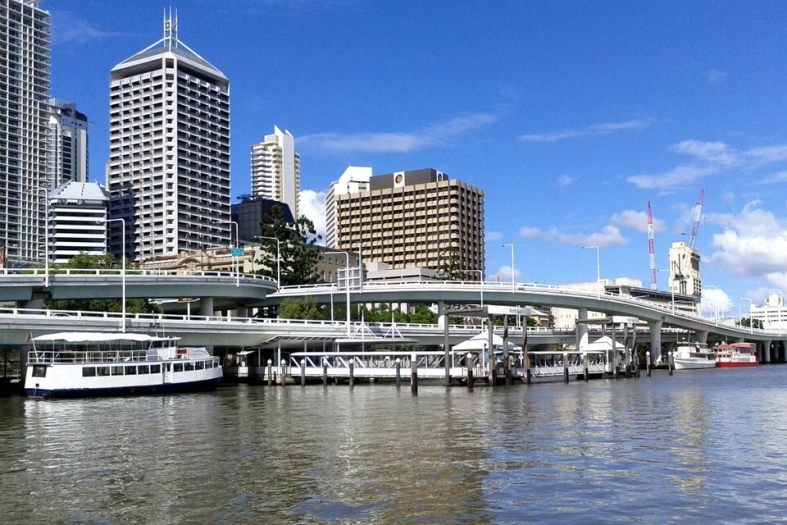 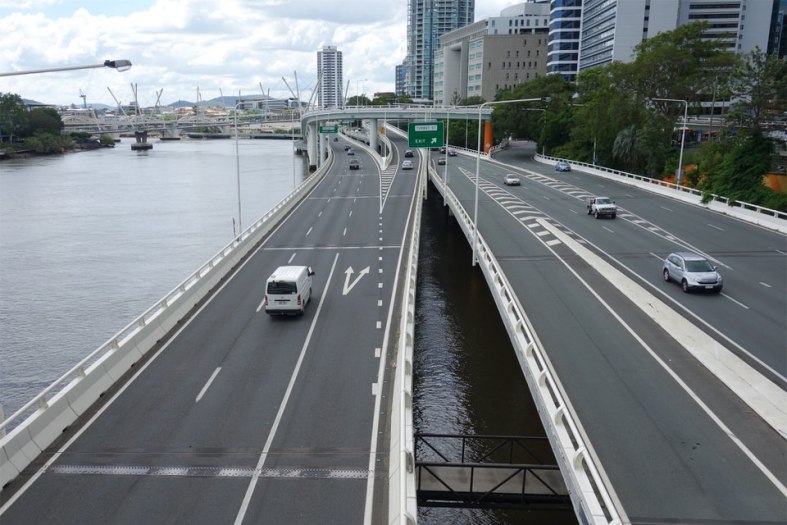 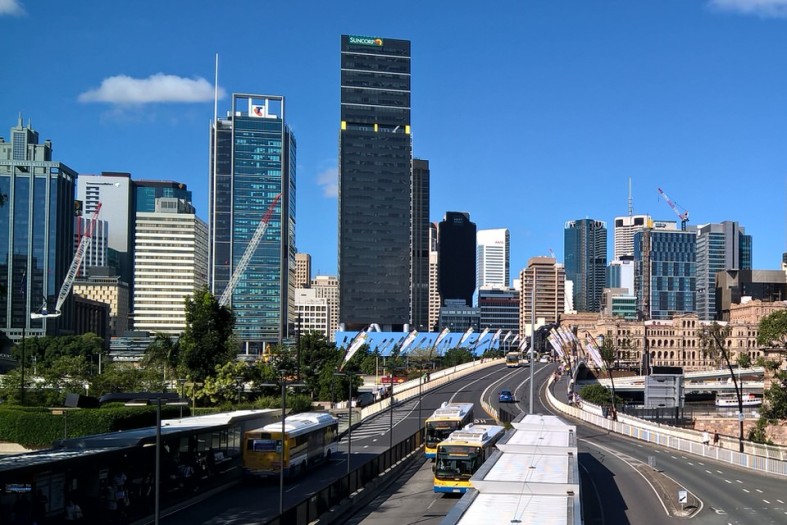 2 thoughts on “Moving on up” 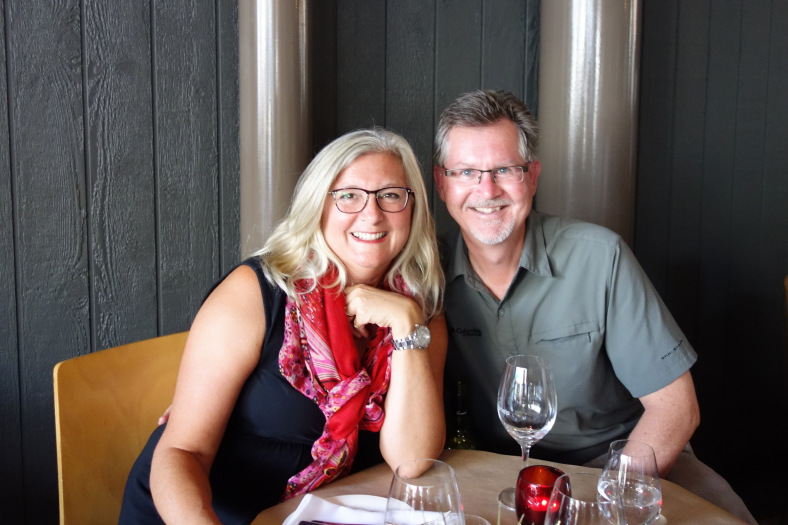