Recently Ed and I traveled to Tasmania for the Christmas/New Year holidays. We had heard a lot about the natural beauty of Tasmania and the exceptional fruits of land and sea. A side benefit was to escape the heat of city where we live for a slightly cooler climate. Tasmania summer temperatures seem to hover in the low 20’s – sometimes higher and sometimes lower. This is about what we got with only one day of unrelenting rain. I enjoyed dressing for something closer to an Albertan summer. 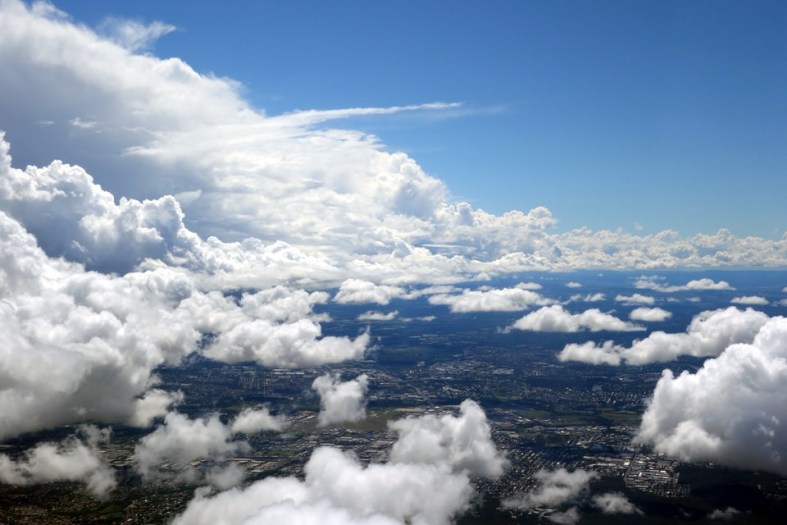 We arrived in Launceston (pronounced lawn’-cess-ten) late afternoon Christmas Day, picked up our hired car, and arrived at the Launceston Country Club  in time to enjoy some sunlit hours on our outside patio while sipping wine and eating cheese, truffle salami, and crackers. Not too impressive for Christmas dinner, but delicious – and we are going out for our fancy dinner the next evening. We had a chance to explore. It is very lush and green here, and in Australia there is always Eucalyptus to be found. There weren’t any golfers on the course, but plenty of animals, such as Wallabies, ducks, and hens. 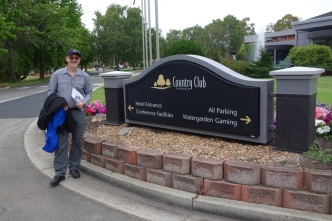 Arriving at the Country Club Tasmania 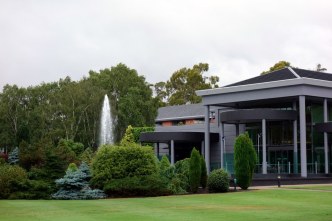 Lush greenery – no that isn’t frost 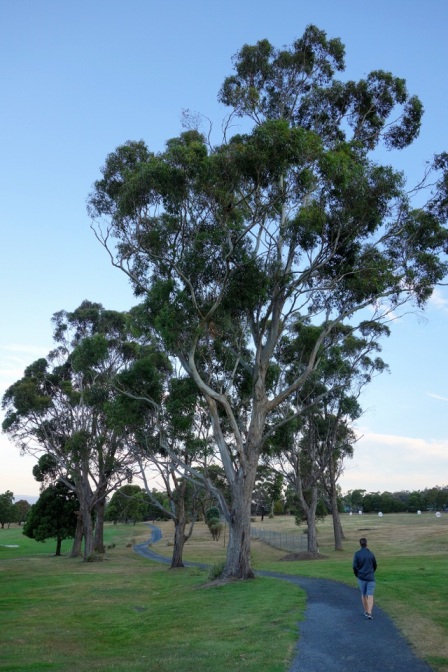 Christmas dinner – at least we have wine 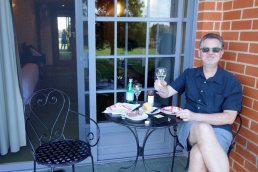 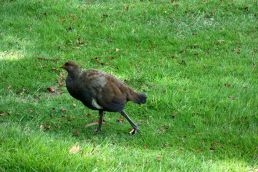 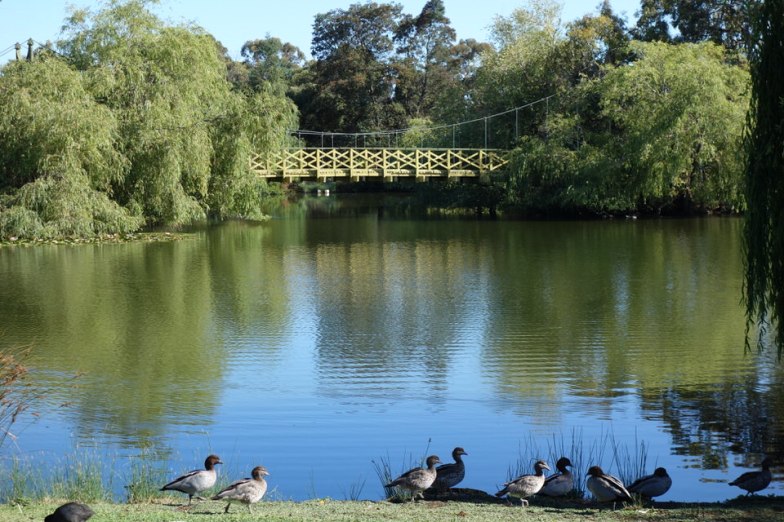 Looking out over the empty golf course

Basically, Wallabies are a smaller version of kangaroos. They are in such abundance in Tasmania to the point of being a bad roadkill joke. Seriously, on some roads it seemed as if we were averaging a dead wallaby or some other creature every kilometer or two.  As it turns out, the statistics show this to be true. We never traveled at dusk or dawn for this reason, thus we successfully avoided hitting them.

Wallabys on the golf course. At least here he won’t be hit by a car. On the other hand…FORE!

Well, it happens. We barely managed to eat our outdoor breakfast in downtown Launceston, and then it rained – and poured – and bucketed.  So off to the museum, which is a good place to go when it rains. We didn’t know that the highly rated Queen Victoria Museum and Art Gallery was in two locations. We ended up at the Art Gallery half and enjoyed a lovely dry hour there. The best part was the student art exhibit and also the Albatross exhibit. I managed to squeeze in a couple of rainy day pictures of the lovely old brick buildings that are quite common in the city center of Launceston. (More buildings further on in this post.) 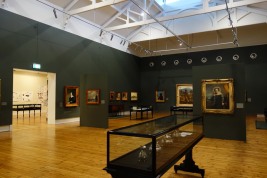 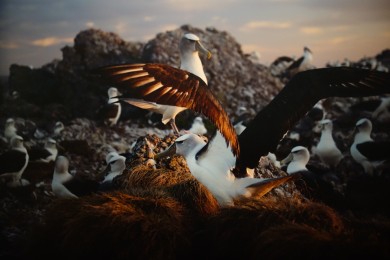 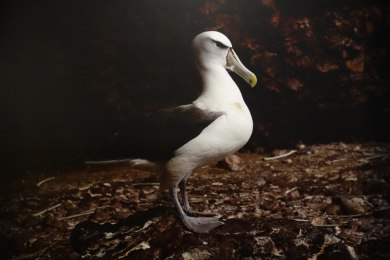 For those of you interested, here is an edited edition of the information about Albatross Island

“The shy albatross(Thalassarche cauta) is endemic to Tasmania, breeding nowhere else in the world apart from three small offshore islands. Albatross Island, off the north-west tip of Tasmania, is home to approximately 5200 breeding pairs.  The island is the site of an important long-term conservation monitoring program instigated by the Tasmanian Government in the early 1980s…

The albatross on Albatross Island were harvested in very large numbers for their feathers, eggs and meat during the 1800s. Over the next century, the population gradually recovered from a few hundred pairs to a peak of approximately 6000 breeding pairs in the early 2000s. In recent years the population has begun to decline and modelling of program data indicates this will continue into the future.
Albatross are vulnerable to a wide range of human activities. The declines in shy albatross we are currently seeing are most likely the result of commercial fishing and anthropogenic climate change…”

Next to Launceston is the Tamar Valley, one of the premier wine regions of Tasmania. As the day’s pouring rain wound down to light status, we decided to visit one of the nearest and more well known vineyards. 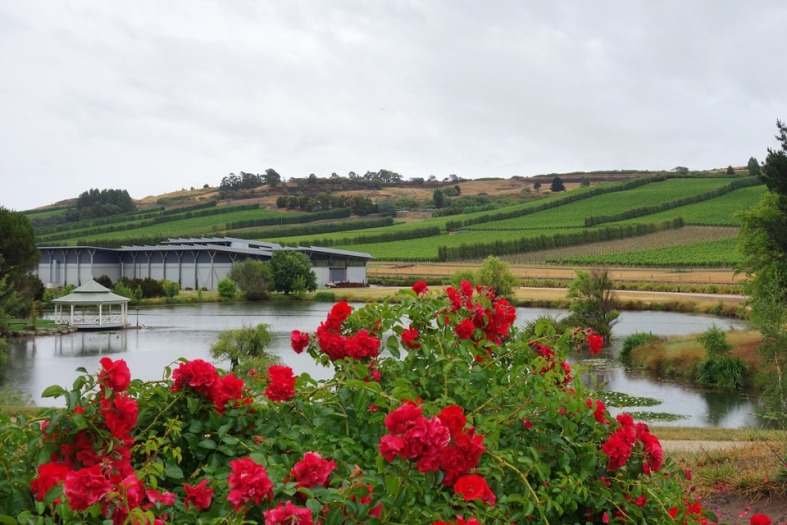 For the evening, we had booked into the Terrace Restaurant at the Country Club where we were staying, because of the ratings and convenience. I started with an oyster shooter. Tasmania is known for their very creamy oysters. A shooter is probably not the best way to experience an oyster, but we did order oysters at other locations on our trip, as well as other seafood such as mussels, scallops, salmon, squid, and more. Scallops are in such abundance here that they are thrown into scallop pies and sold at bakeries for $6.

Drinking the Oyster shooter – although no alcohol to numb the pain.

We had planned to explore this famous Launceston site on day 2, but we got thoroughly rained out. Fortunately, day 3 was brilliant sunshine and clear skies.

Just minutes from the city, you will find walking and hiking trails, the world’s longest single span chairlift, swimming pool, restaurant, cafe, wildlife, beautiful gardens, suspension bridge, and panoramic lookouts with spectacular views. This was a highlight for us as we spent the morning walking and enjoying the sun. 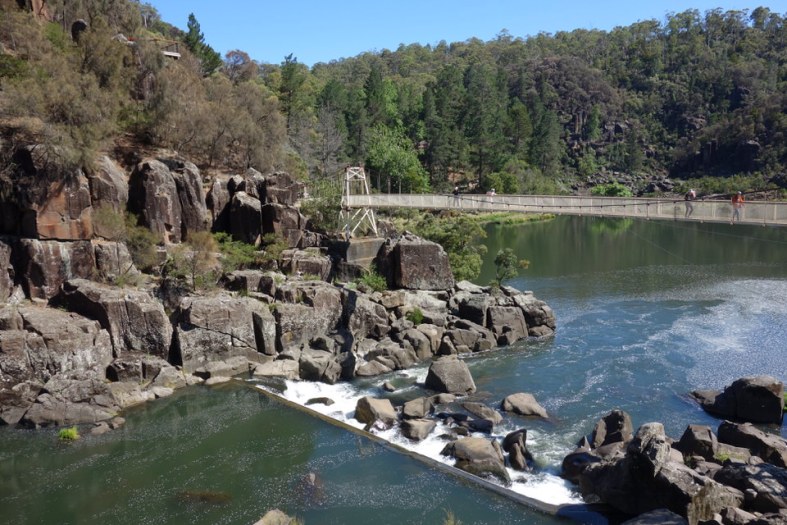 Hiking along the Gorge

It does creak and sway a bit

A sunny day for a walk/hike

We saw some delightful birds. This blue wren, which is common here, posed for us on our path. The we stopped to closely watch a pair of black swans provide food for their cygnets by pulling up greens from the bottom of the water and dropping them on the surface so that the little ones could eat. It was funny because sometimes the mama swan would drop the greens right on top of one of the little ones. 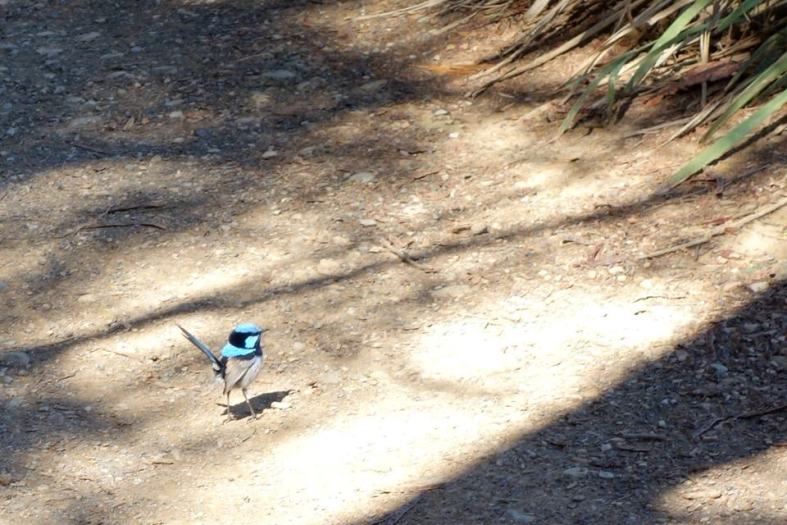 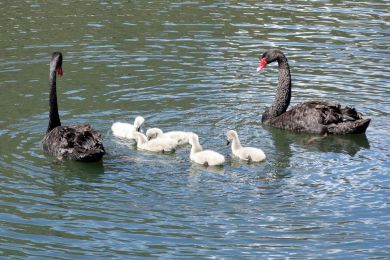 The Tamar Valley reminds me of the Okanagan/Osoyoos wine regions of British Columbia. And too, the stone fruits are exceptional here. We had the most luscious cherries and delicious apricots. 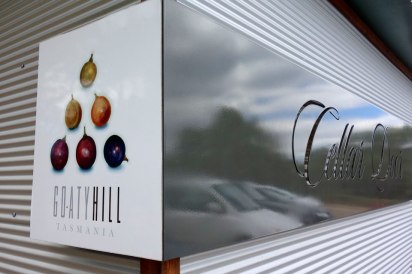 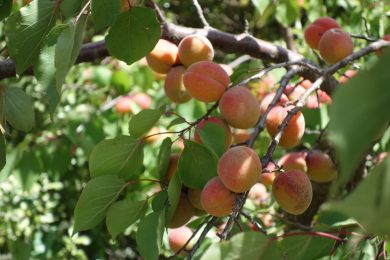 As we explored the Tamar Valley, we drove up the west side of the Tamar River and returned down the east. At the very northernmost point, we visited the Low Head Lighthouse. Alas we were only minutes late to enjoy the scallop pie that is served at a little cafe nearby. Here are some of the other sights that we enjoyed along the way: 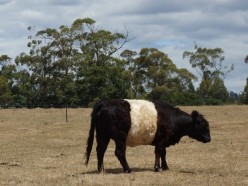 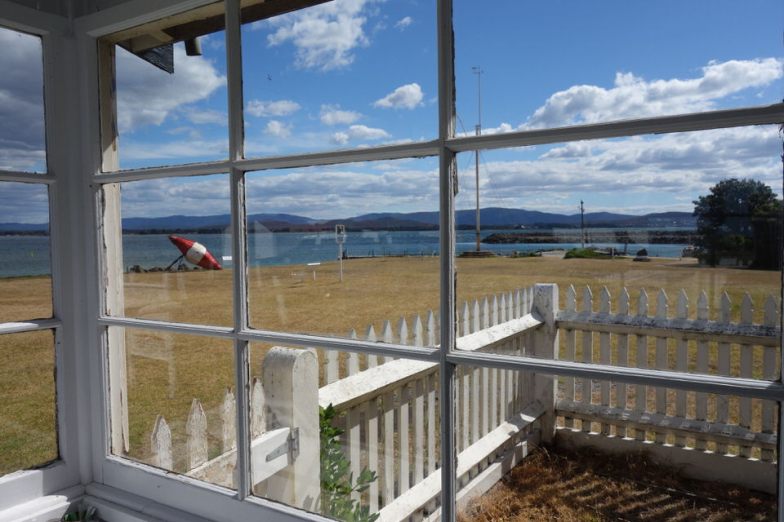 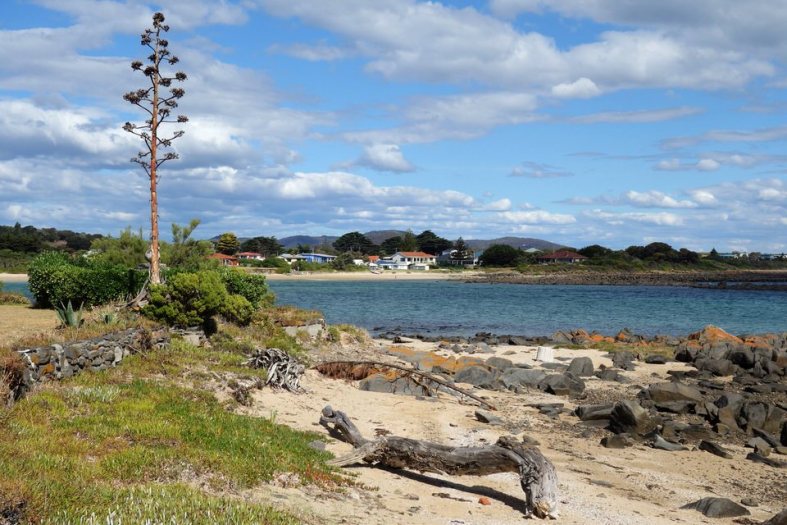 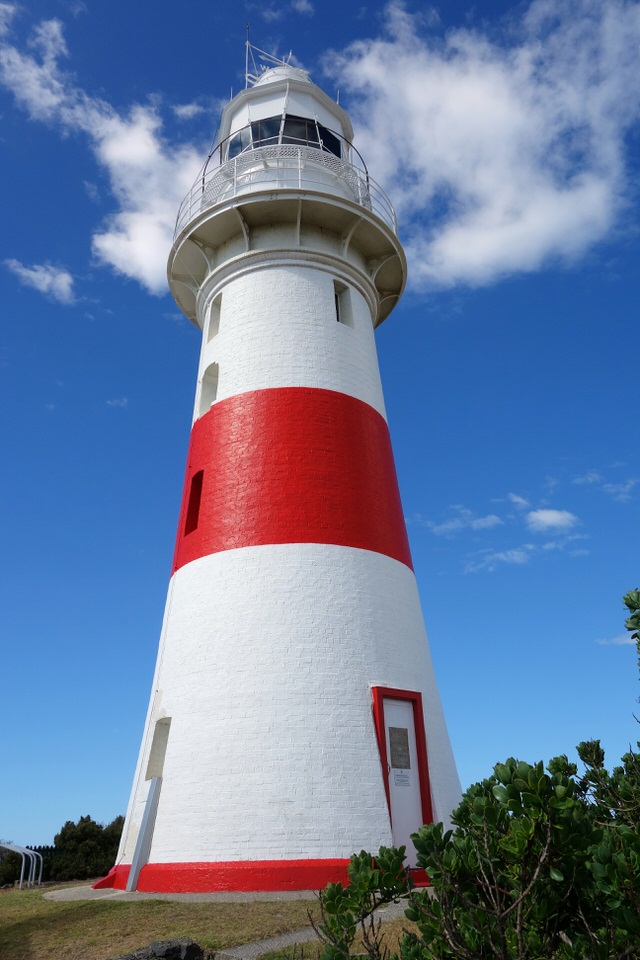 Launceston is Tasmania’s second largest city, and Australia’s ninth largest non-capital city, with a population of just under 74,000 people.

Interestingly, Launceston was the first Australian city to have underground sewers and to be lit by hydroelectricity – and even the first city in the Southern Hemisphere to use anesthetic! 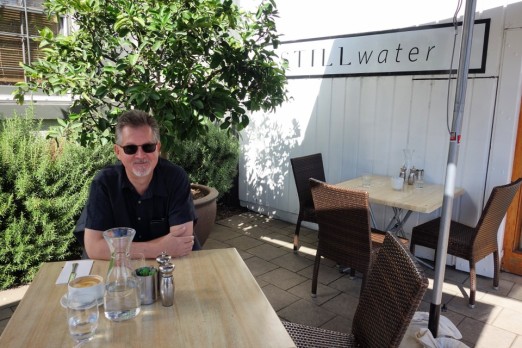 Breakfast at top rated Stillwater. It is peaceful with great views 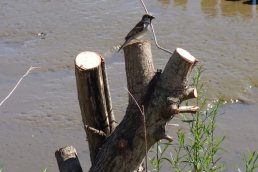 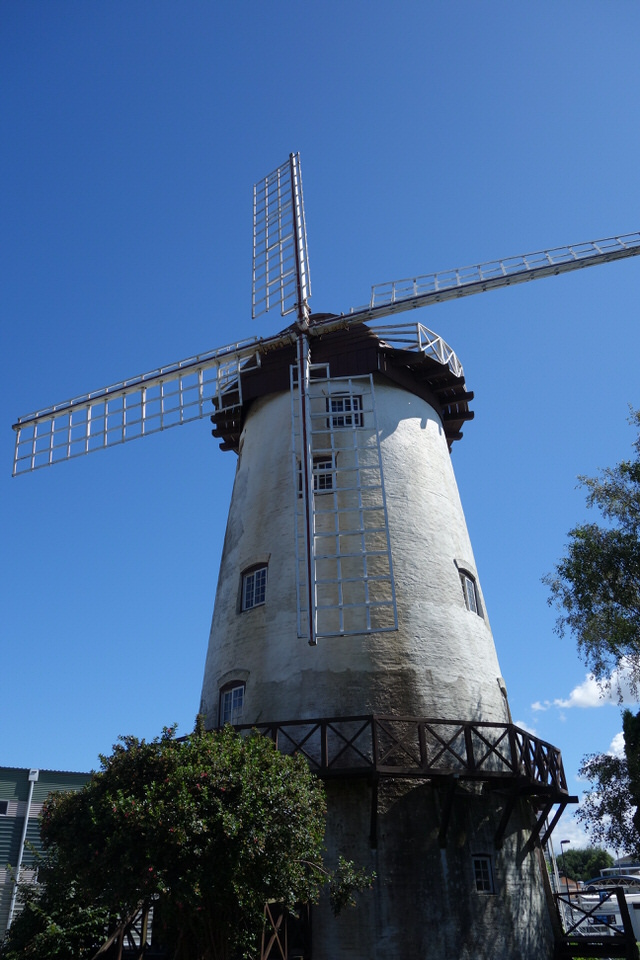 Many of the buildings in the City’s central business district (CBD) were constructed in the nineteenth and early twentieth centuries. We spent our last morning in this area, wandering around the streets of Launceston, enjoying the fine architecture of this quaint city. Efforts have been made to retain its charm, including regulations to restrict the height of new structures in the city to under 5 stories. 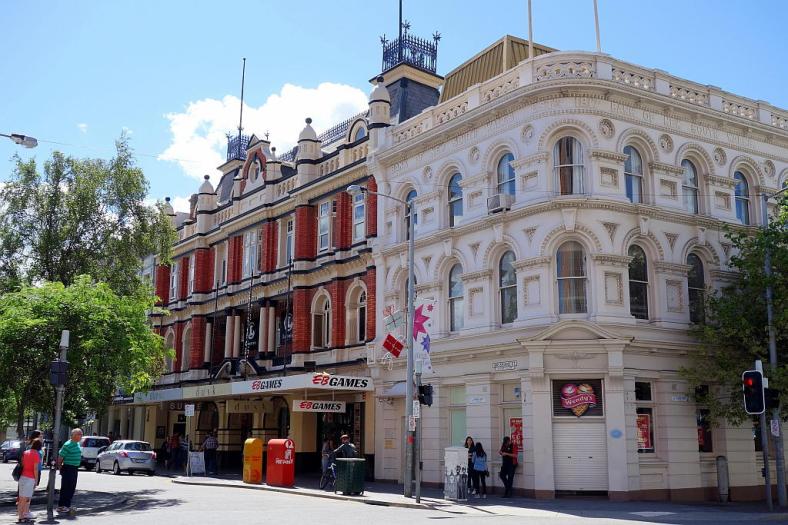 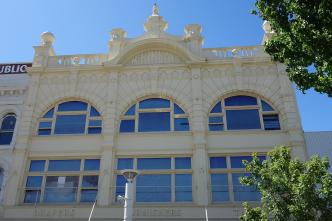 This is when they carved their “advertising” in stone. 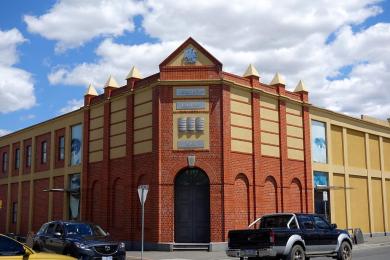 Our final stop of the morning before we leave this interesting area. It is a beautiful morning for a stroll through this park and a look at the Macaque monkeys there. 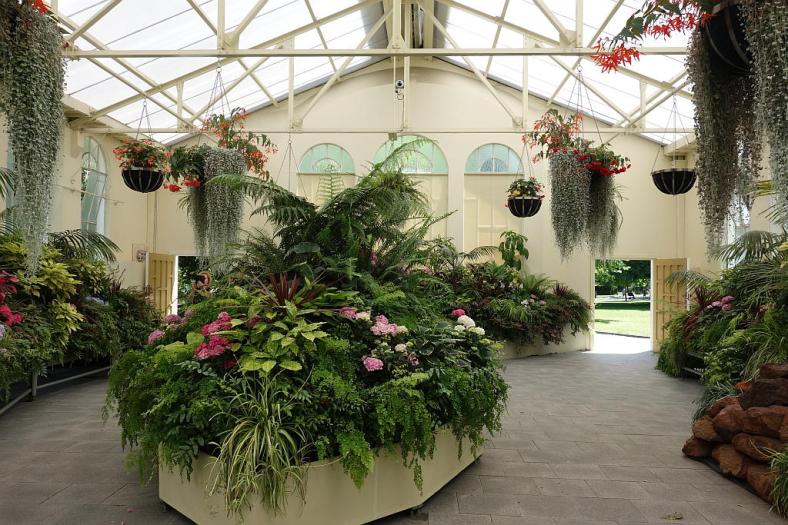 In 1980 a troop of 10 Japanese macaque (Macaca fuscata) monkeys arrived in Launceston from the Japanese Monkey Centre.

Japanese macaques are good swimmers and in the wild they regularly bathe in hot springs. Macaques also wash some food items with water before eating them.
Macaques can adapt to a range of temperatures.
In the wild, Japanese Macaques may live in groups of 20-40 individuals, but sometimes there can be more than 100 in a troup.
While females usually remain in the sames troop throughout their lives, males often move between troops.

Body Language
One individual grooming another: maintains social bonds
Grimacing with teeth clenched and lips pulled back: A peace-making signal, aim is to reduce aggression
Staring with mouth open but teeth covered: A threat is being issued
Female with a bright red swollen bottom: Advertising maximum sexual receptivity
Cooing: Infants coo when they want contact from their mothers, females coo when they are receptive to mating. 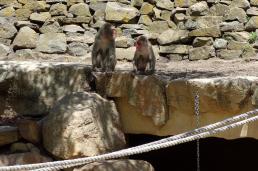 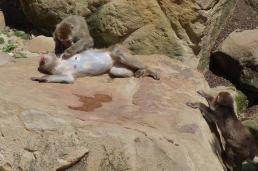 Hope that you enjoyed this 3 day pictorial journal of Launceston. (I hope that it didn’t take you 3 days to get through it all ;-)) Next, we are on the east coast of Tasmania…